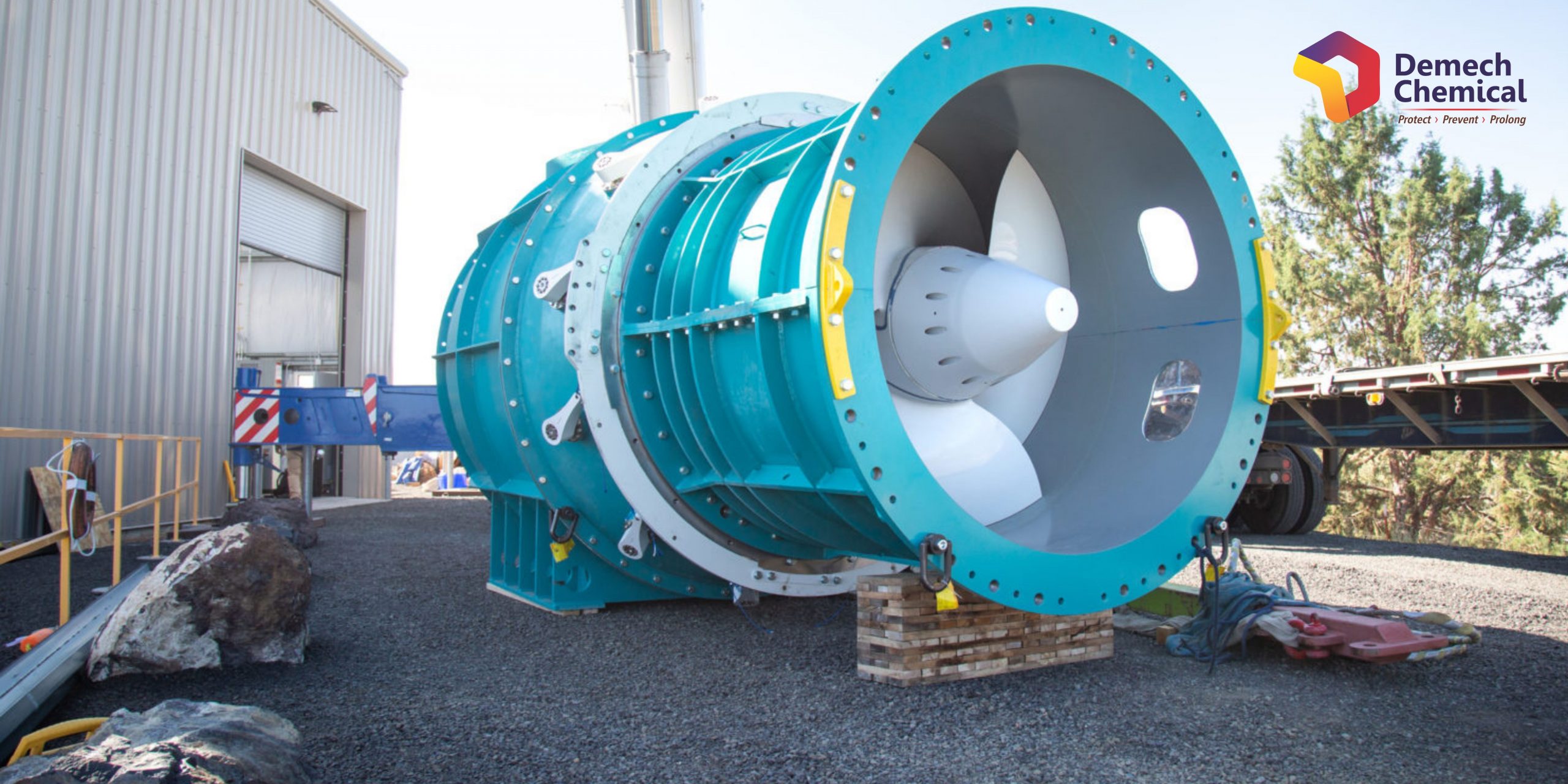 Corrosion Mitigation in hydro turbines are devices used in hydroelectric generation plants that transfer the energy from moving water to a rotating shaft to generate electricity. These turbines rotate or spin as a response to water being introduced to their blades. These turbines are essential in the area of hydro power - the process of generating power from water.

Problems in turbines due to corrosion:-

•Pitting, corrosion fatigue, and stress corrosion cracking problems all occur in steam turbines. The major corrodents are sodium hydroxide, chloride, sulfate, and sulfides. •Usually, the level of contaminants present in steam is not high enough to corrode the system components. As steam expands through a turbine, the solubility of contaminants in the steam decreases. •They condense onto surfaces at solution concentrations much higher than the original contaminant concentration in the steam. These concentrated solutions promote system corrosion. •Pitting is commonly associated with chloride deposits and occurs on rotors, disks, and buckets. Pitting attack often occurs when a moist, oxygen-laden atmosphere develops in out-of-service turbines. •Damage is most severe when chloride deposits are also present. An oxygen-free or condensate-free atmosphere should be maintained to protect out of service turbines from corrosion.

Problems in turbines due to erosion: -

•Erosion of turbine blades results in rough, uneven surfaces that alter steam flow paths. This reduces turbine efficiency and can also limit capacity. •Erosion at the high-pressure end of a turbine is usually caused by solid particles (usually iron oxide) present in the steam. Iron oxide particles are present if they were not removed by steam blows during system start-up. •They can also result from exfoliation of super heater or main steam header oxides or can be introduced into the steam by contaminated water. •Erosion of intermediate and low-pressure blades is usually caused by water in the steam. Operation below design inlet steam temperature or at low load can cause condensation in these stages, leading to erosion problems. •Carbon dioxide or other acidic species present in the condensate can accelerate the damage. Some protection against erosion-corrosion can be provided by low distribution ratio amines, which neutralize the acidity and elevate the pH of the condensate.

Get In Touch With Us!